Take Your Daughter to Rush Day | Kids Out and About Midcities

Take Your Daughter to Rush Day 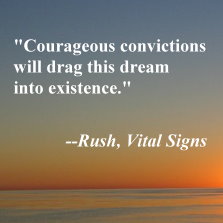 Long-time readers of KidsOutAndAbout know that I am a huge fan of the rock band Rush. I am a huge fan of Rush in part because I am a huge fan of excellence, and persistence, and hard work, and what these mean to a life well-lived. Another reason is that I find it inspiring to see people who love what they do working to get even better. And the OTHER reason I love this band is that everything I read and hear about these three Canadians tells me that they are ordinary good and smart humans who have never lost sight of what is important.

Geddy Lee (vocals, bass, keyboards), Alex Lifeson (guitar, vocals), and Neil Peart (drums, lyrics) are widely regarded by rock musicians as being among the best in the world at what they do, especially Neil Peart, who is arguably the very best rock drummer on the planet. (I concede that Geddy Lee's early voice is an acquired taste, but it has mellowed much in recent years.)

I have been hoping for years to take my daughters to see Rush live in concert, but I wanted to wait until they would be old enough to appreciate the experience. The moment is now at hand. We live in western New York, Madison and Ella experienced the Clockwork Angels Tour and loved it, and the stars have aligned for Rush's R40 tour. So I hereby decree that:

Wednesday, June 10, 2015 is Take Your Daughter to Rush Day in Buffalo

I will have the tickets as soon as they go on sale. We have our t-shirts. And I even made a sign: 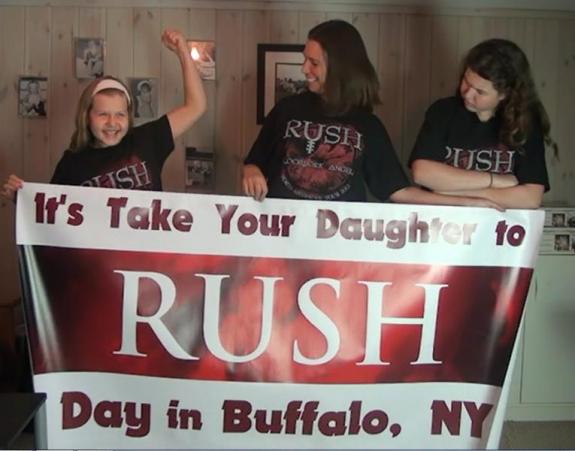 It's going to be awesome.

How do my girls feel about Take Your Daughter to Rush Day?

The photo above pretty much says it all. Ella (on the left) plays guitar and snare drum, and she loves Rush. She can't wait for the concert. She had me look up the set list online, (thanks, Rush is a Band!) and we printed out the lyrics to each song so she could prepare.

Madison, on the other hand, is more of a classical music and musical theater fan. In fact, I wouldn't let her audition for a play that opens the same night as the concert. "What kind of mother forces her daughter to go to a hard rock concert instead of letting her be in a nice wholesome musical?" She's been enjoying fuming about it. I'm hoping the fact that Rush added a string section for this tour appeases her. Who knows. She's 13. We take it as it comes.

Why do I think Rush fans should make a point of taking their daughters (and sons) to a Rush concert?

Here are my reasons.

1. I want my girls to be culturally literate.

As a general principle, I want to expose my kids to all kinds of different things that comprise the world they live in. To grow up well-rounded and find something that lights their fire, they need to experience science, history, politics, pop culture, and the arts. They have been to classical, folk, jazz, and world music concerts. It's time for a little progressive rock.

2. Rush has a great stage show.

Rush always takes great pride in careful preparation to give their audience a lot more than they're paying for. They don't use an opening band. They play almost 3 hours! They have fun with special effects. They have eased into a style of humor, too; they not only are obviously having a good time playing, but they enjoy poking fun at each other.

The show is also, technically, family-friendly. It never was crass, not even the late 80s when I first saw them (who else remembers the bouncing bunnies from the Presto tour?), but as their audience started to span two (and now, in some cases, three) generations, the tone of the show became even more mature and intelligent without losing any of the fun of being at a rock concert. The audience gets it. They're there for the music, and they are bringing their kids probably for the same reasons I am. I can't tell whether the guys in the band are deliberately sensitive to this, it's probably what they would do naturally anyway. But in short, I know that this crowd will be enthusiastic and positive rather than frenzied and stoned. It's safe to bring the girls.

3. This is what results from the relentless pursuit of excellence.

It would be easy for the Rush musicians to take the path of least resistence, occasionally playing reunion tours when the mood strikes them. But no, these guys show no signs of slowing down even though they are well into their fifties. They just released their 19th full-length studio album, Clockwork Angels, which shows them to be at the top of their game (and we all thought that was true 20 years ago, too!). No one who has seen a Rush concert would dream of calling them "aging rockers." 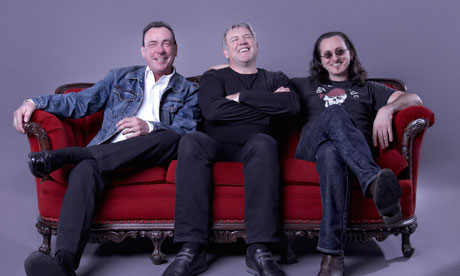 A 2010 documentary about the band called Beyond the Lighted Stage showed the guys describing how, from the very beginning, they were always over-reaching, always trying to write challenging music that would be hard even for themselves to play. Their point was always to keep getting better.

4. Rush is a shining example of how real friends make good collaborators.

Geddy Lee and Alex Lifeson have been friends since junior high school; Neil Peart, who signed on as drummer about 5 years later, is still "The New Guy." But this is as close-knit a trio as you'll ever meet. Beyond the Lighted Stage showed us that the secret to their success is really their extraordinarily ordinary friendship. And it's clear that they have stayed close friends for more than 40 years because they themselves are good people...decent, normal, good people who have their priorities in order, and who have focused on supporting one another's quest for excellence rather than being taken in by the hype that inflates the egos of many in the music industry. 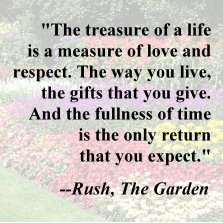 In any career, it is easy to confuse the quest for success with the quest for excellence. It can even be tempting in my own career--publishing--to cut intellectual corners to try to satisfy everyone, all the time. But whenever I listen to Rush, I'm reminded that Geddy, Alex, and Neil never once sacrificed their artistic integrity in order to appeal to the wider public: They kept doing what they loved, and worked at it until they were the best in the world. Work with focus and passion for 40 years at something and you're likely to get darned good at it. More than anything, that's what I take, and what I want my girls to take, from Rush.

See you at the show, Buffalo.

And for all of you not in Buffalo, click here to see when Rush's R40 Tour is coming to a venue near you!

Debra Ross is the publisher of KidsOutAndAbout.com.