PAC Movies 2021 | Kids Out and About Midcities 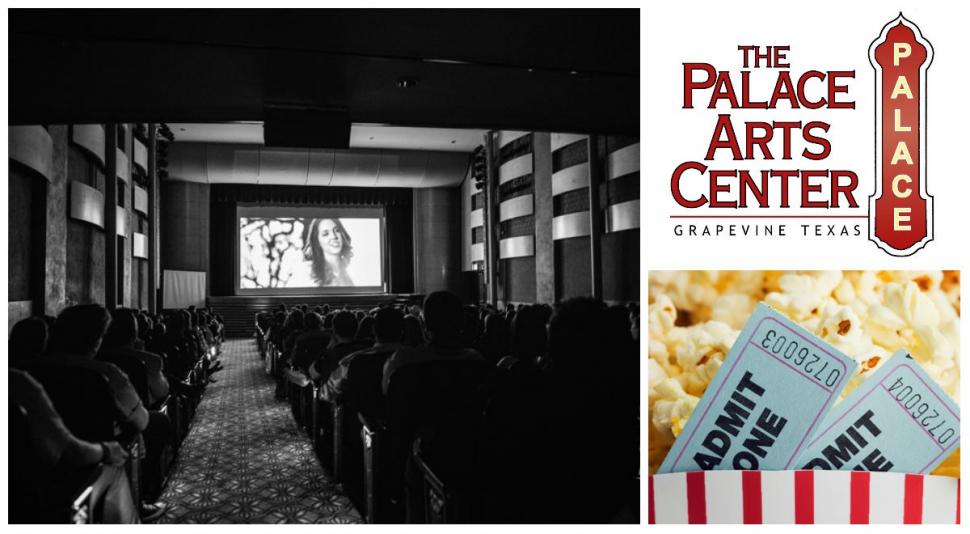 All tickets are will-call and can be picked up the night of the movie. Tickets do not get printed in advance. Your e-mail is only a confirmation receipt of your ticket purchase. Please plan to arrive early as all movies start on time. We do not have previews.
Click here for more information about this activity
Please help us keep this calendar up to date! If this activity is sold out, canceled, or otherwise needs alteration, email mindy@kidsoutandabout.com so we can update it immediately.

FAQS
* Online ticket sales end two hours prior to showing. The Box Office will open one-hour prior to showtime for walk-up sales and will-call ticket pick-up. All tickets are will-call.
* The box office closes 30 minutes after the movie starts (as does the concessions stand).
* All our seating is general admission. We do not reserve seating for movies.
* We do not show previews, so the movie starts promptly, please plan to arrive early for parking and concessions.
* If you have a guest that is wheelchair bound, please call ahead and let us know, 817.410.3100. We only have a few seats that are wheelchair assessible (in the balcony, yes there is an elevator) and to ensure that it is available, as well as your party being able to sit with them we need to know in advance please.
* If a show is SOLD OUT, we do not have any tickets available. Since all tickets are non-refundable, we do not hand out other peoples tickets nor do we have a wait list. We do however, on occasion, have unused tickets from guests who have an extra ticket and no longer need it. We can not guarantee the availablity of gifted tickets or when they may be turned in. If you are looking for a gifted ticket to a SOLD OUT show, you'll need to wait at the box office, first come, first served.
* If you are unable to make it to your movie, we would be happy to move you to another date, we require 24-hours notice prior to the movie to make the change... if not we are happy to gift your ticket(s) on your behalf with your consent to another movie goer. **Transfers are for like events of the same value.

ELVIS DOUBLE FEATURE
Saturday, August 14 - Movies $6 each or see both movies for $10
**ELVIS NIGHT – come in costume and receive a small popcorn.
Purchase the bundle here.

SING-ALONG SATURDAY
Saturday, August 21 - Movies $6 each or see both movies for $10
** Come in character and receive a small popcorn.
Purchase the bundle here.

GREASE (1978)
Saturday, August 21 at 7:30 p.m.
PG, 110 minutes
Starring: John Travolta, Olivia Newton-John & Stockard Channing
Directed by: Randal Kleiser
Good girl Sandy and greaser Danny fell in love over the summer. When they unexpectedly discover they are now in the same high school, will they be able to rekindle their romance?

THE EGG & I (1941)  FIRST FRIDAY FILM
Friday, September 3 at 7:30 p.m.
Approved, 108 minutes
Starring: Claudette Colbert, Fred MacMurray & Marjorie Main
Directed by: Chester Erskine
On their wedding night, Bob reveals to Betty that he has purchased an abandoned chicken farm. Betty struggles to adapt to their new lifestyle, especially when a glamorous neighbor seems to set her eyes on Bob.

BACK TO THE FUTURE (1985)
Friday, September 10 at 7:30 p.m.
PG, 116 minutes
Starring: Michael J. Fox, Christopher Lloyd & Lea Thompson
Directed by: Robert Zemeckis
Marty McFly, a 17-year-old high school student, is accidentally sent 30 years into the past in a time-traveling DeLorean invented by his close friend, the maverick scientist Doc Brown.

THE BRIDE OF FRANKENSTEIN (1935)  FIRST FRIDAY FILM
Friday, October 1 at 7:30 p.m.
NR, 75 minutes
Starring: Boris Karloff, Else Lanchester & Colin Clive
Directed by: James Whale
Dr. Frankenstein falls under the control of his former mentor, who insists he resume his experiments in creating new life. Meanwhile, the Monster remains on the run from those who wish to destroy him.

HOCUS POCUS (1993) PG, 96 minutes
Saturday, October 16 at 4 & 7 p.m.
Starring: Bette Midler, Sarah Jessica Parker & Kathy Najimy
Directed by: Kenny Ortega
A curious youngster moves to Salem where he struggles to fit in before awakening a trio of diabolical witches that were executed in the 17th century.
* Come in costume and receive one small popcorn.

IT HAPPENED ONE NIGHT (1934)  FIRST FRIDAY FILM
Friday, November 5 at 7:30 p.m.
Approved, 105 minutes
Starring: Clark Gable, Claudette Colbert & Walter Connolly
Directed by: Frank Capra
A spoiled heiress running away from her family is helped by a man who is actually a reporter in need of a story.

All online ticket sales end at two hours before the movie. The Palace Box Office opens one hour prior to showtime for ticket pick-up and walk-up sales if show is not sold out. Please no outside food or beverage. All movie tickets are non-refundable.

*Times, dates, and prices of any activity posted to our calendars are subject to change. Please be sure to click through directly to the organization’s website to verify.

All Ages Adults & kids together